Warning: Creating default object from empty value in /home/customer/www/passionparagliding.com/public_html/wp-content/themes/enfold/config-templatebuilder/avia-shortcodes/slideshow_layerslider/slideshow_layerslider.php on line 28
 Fast Track: How to be a better pilot - Passion Paragliding

Fast Track: How to be a better pilot

There is a way! 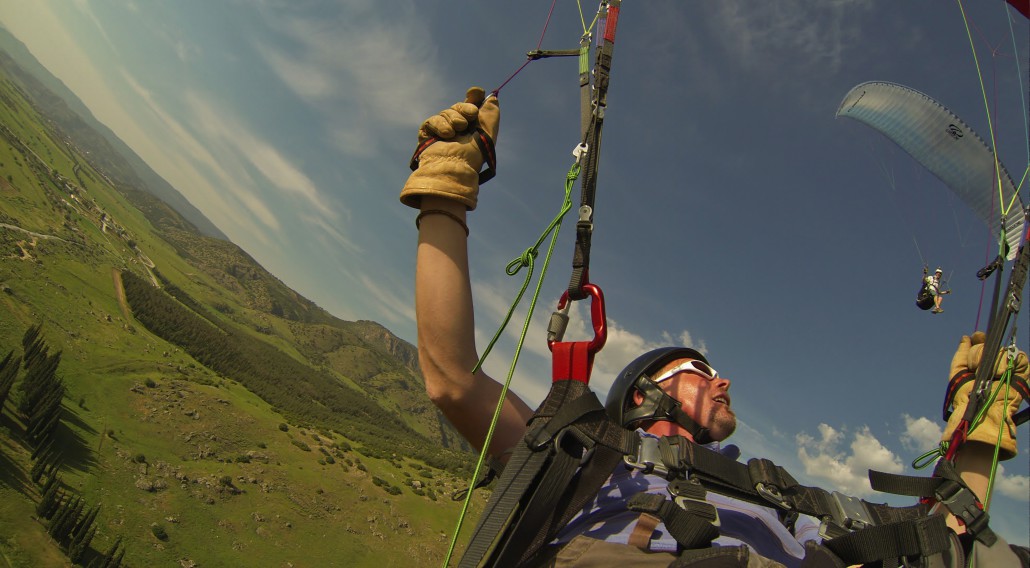 Fast track to a better pilot

Pilots often ask what the best way to improve is. Some want to be able to stay in the air longer. Some are trying to master the black art of thermalling. Others want to achieve big cross country distances. Some simply want to be able to land without falling over!

The oft quoted mantra goes, “the best pilot is the one having the most fun”. Whilst this underscores magnificently the freedom that is paragliding, the best pilots are also the ones not putting themselves (and others!) at greater risk than is necessary in a sport that might already be considered inherently risky.

In watching and observing clients over the years, I have seen some pilots improving and progressing much faster than others.  Luck?  I don’t think so. Good pilots display certain habits and even attitudes that seem to get them to that place of real confidence or mastery in a few short years (rather than never at all?). In this article I’ll give you some tried and tested techniques for getting “there” sooner.

Most of these ideas won’t be new, but hopefully at the very least they’ll underscore an approach that you can use to becoming a better pilot.

Want to learn?
Just occasionally I have the challenging task of trying to help someone that has nothing to learn.  When things go wrong it’s the air, when they crash launch or crash land, there was rogue thermal, or a tree “appeared”, …again!?  Very occasionally such excuses are valid, but all too often this attitude can mean that a serious accident is in the tea leaves.  Most of the time I’m very fortunate to spend time guiding and coaching pilots open to improving their techniques.  Just as with anything in life, hunger leads people forward.  So, if you’ve read this far it’s looking good!

The Two Aspects of Flying
I often like to consider paragliding as having two personalities.  First of all there’s the “chess player”.  He’s reading the sky, making calculated decisions based on a thorough understanding of how the medium (air!) is flowing.  Secondly, there’s the “surfer” epitomised by the screw-loose (?) acro dude. The surfer knows how to “pilot” his wing, how to put it where he wants it, rather than the other way round!  Both chess player and surfer dude personalities are essential if you want to fly well.  Let’s have a look at each one in turn.

The chess player
To improve your knowledge of the air, by all means  read all the books and all the articles (and I thoroughly recommend  Burkhard Mertens’ Thermal Flying by the way);  but there’s also something else you can do to accelerate your learning, something you can do when you’re out there in the air.   And its just as important as reading the books.  Here it is: When you go flying, take the “explore attitude” with you.  Explore!  Explore the air for a better understanding of what its doing.  Explore the ridge lift.  Push out in front.  Sniff upwind.  If you’ve been boating about happily for a while and it’s clearly easy to stay up, why not explore a little?   As you’re coming into land and you see an obvious (or not so obvious) thermal source scoot over and have a look.  And from the comfort of the hill or your lift band, you can also explore using other pilots.  At least there’s now one advantage to having lots of pilots in the air!?  If there are lots of pilots you get to explore lots!  Watch where they fly.  Did they find lift or sink, smooth air or something else?  All the time you will be refining your “map” of how the air is flowing, and that’s what this chess-player stuff is all about, refining your map.  And even once you’ve landed you can keep refining: the learning is far from over.  In fact, I sometimes think we learn even more after the flight than during.  Talk to others that flew.  If you’re on a local hill, how was it different from last week?  Why?  Theories and ideas are great, but be sure to keep them open, that way you’ll develop them, refine them and synthesize them.  There was definitely an inversion!  Definitely? Sometimes keeping your theories loose and open  is the key.   Remember, what you experienced is just that and only that.  Five minutes later was the wind blowing from an entirely different direction?  Or was that change in wind direction due to a rather large thermal kicking off?  Understanding how the air is moving is as much an art as it is a science.  Keep refining your map and you’ll get better at the chess game.

The surfer dude
British Pilots tend to shy away from this stuff,.. at their peril.   Yes, folks. Guess what!  Its ground handling!  If you like it, it’s usually because you’re good at it.  Otherwise you tend to ignore it.  Of course it can be difficult to find the time and inclination, but if you can do a little here and there whilst that’s good, its the attitude with which you attack it that counts.  So rather than building a wall, collapsing it and starting again why not use your ground-handling to try out new techniques.  Anything is possible.  Acro pilots even practise the “helicopter” on the ground.  As with “fly exploring”, the key to learning from your ground-handling is to be “playful”.  Try launching with new techniques, try changing your weight shift (yes, on the ground!)  If your wing collapses try to rescue it, before it hits the ground.  There’s really a lot to get into here, but most pilots benefit enormously from some time spent playing on the ground.  Passion Paragliding will be off to the beach for a dedicated session of ground handling wing control next year.  The sand can be annoying but it’s a sure way to improve, and quickly!

The other (more exciting) way to improve your “surfer” skills is to be playful (that word again) in the air.  Now, if you’re not in the environment of a properly organised wing control course with life jackets, boats, motors and so on and so on, then there are obvious limits to how “playful” you can be.  However, there are a few things you can still “play” with.  Try, for example, experimenting with your turns. Notice how weight shift affects the responsiveness of your wing. How does adding some outside brake feel compared to having no outside brake?  I urge against experimenting with increased inside brake as too much and too sudden and prolonged an input can cause a wing to spin, something you don’t want to be trying out over the ground for the first time!  So since there are limits and particularly if you’re up for mastering the thermic air, find yourself a decent wing control or SIV course. You’ll make a leap!  Come prepared with some good ground-handling under your belt and the leap will be big.

Final word
It never ceases to amaze me that more people aren’t attracted to the adventure that is paragliding.  Mankind has dreamt of free flight since the beginning of time.  The moment has arrived.  Free flight is here  – in our lifetimes!  And although it’s true that paragliding requires no small amount of dedication, I’m afraid that the final key to “fast tracking” your skills is to fly as often a possible.  So, good luck with that one!  Make sure you focus on improving both your chess game and your surfing skills and you’ll fly far, high, upside down or just comfortably, whatever you’re up for!   Then maybe the best pilot really is the one having the most fun.